World is trending towards 2D and 3D image acquisition technologies for the design and development of applications in industrial, service and production plants
by José Miguel Sanchiz

José Miguel Sanchiz is Full Professor at the Jaume I University of Castellón. His background is a Telecommunications Engineer, a Bachelor of Physical Sciences and a Computer Science Engineering Doctor. He is the author of 10 articles published in peer-reviewed international articles, and of a number of papers at international conferences that exceeds 50ies

KEELTEK ENGINEERING SOLUTIONS S.L. is one of the companies with which it collaborated as a partner and expert in design and solution projects that our clients require for their industrial and production plants when we find improvement opportunities in which introducing artificial vision is the key factor to increase the “capacity” of the equipment and/or “increase” the quality of the products manufactured

The 3 most interesting applications of artificial vision that I have developed in projects for the design and commissioning of equipment and machinery are:

This POST exposes some basic concepts about the evolution of artificial vision and its applications in the development of equipment and machinery for industrial and production processes in the sectors of the world’s economy that need to incorporate innovation to increase the productive capacity of their plants and take advantage of the opportunities for improvement within the production lines in which artificial vision can be incorporated. I am writing this article because many people responsible of industrial processes ask me: What is artificial vision applied to Industry 4.0 about?

Let's start by asking ourselves: What do we understand by Artificial Vision? They are systems that basically detect two types of images:

Although both types of systems have the mission of detecting data to organize them in a matrix of rows and columns, that is, an image, their content is very different in nature. In the case of data obtained by Light Reflectance we have what is commonly known as an image, which can be in color or black and white (gray levels). In the case of Distance sensors we have a range image, that is, an image of depths from the sensor to the surface of the object, in each measurement direction. If the geometry of the sensor is also known, which is always known, the depths can be converted into 3D coordinates (x, y, z) of each point of the surface taken, in the sensor coordinate system, that is, we obtain an image known as 3D.

Images are said to be 3D because the data is arranged in rows and columns. There are sensors that generate unorganized 3D points; this is known as a point cloud. Its usefulness is quite different from the one we are dealing with here, being 3D modeling the main use.

In projects about development of machines and equipment for industrial plants and processes, various technologies are used to obtain 2D (of reflected light) and 3D (of the object's surface) images. Let us detail these systems: 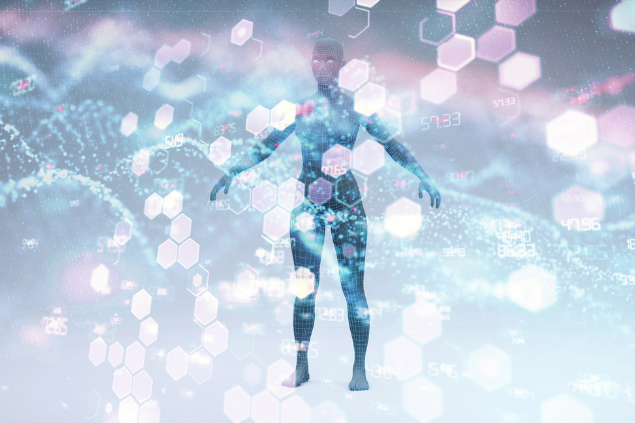 Looking at the spectrum of the captured reflected light, we have: 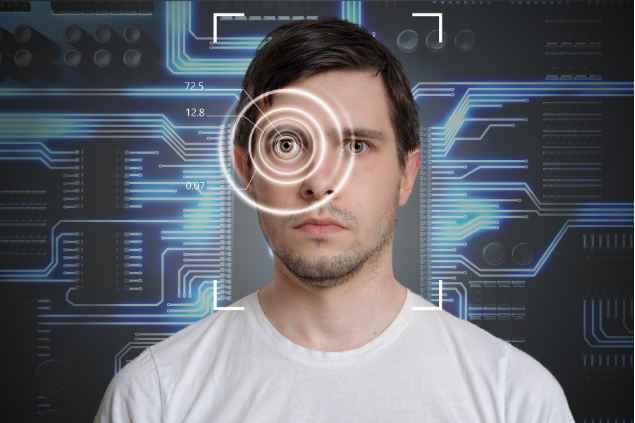 The main advantages of linear cameras are that the lines are always taken in the same one-dimensional area, which makes it much easier to produce constant illumination. There are also no shadows. On the other hand, these cameras provide 2D images as if they were matrix, and the objects can be of considerable size, as long as they pass under the camera. The image of the entire object is not formed until everything has passed through, but in many inspection applications partial images of the object can be analyzed as it passes. Linear cameras have also a much higher resolution than matrix cameras, with models ranging from 4K, 8K or 16K pixels per line. The number of lines that an image taken with a linear camera can have is indeterminate. 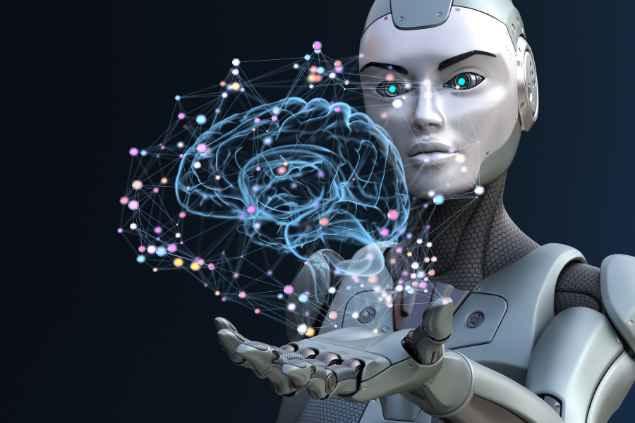 3D images are points in space arranged in a matrix. Normally the sensors that take 3D images also provide a 2D image of the reflected light, but they are used in applications in which theinterest is to analyze the shape of the surface of the objects, and not the light that they reflect in each part or point of the object’s surface. So the 2D image they provide (of gray levels) is not often used, but is available if needed, such as to locate a printed logo on the object.

There are basically two types of 3D sensors:

Today these cameras do not have much resolution or precision to be used in industrial applications. Nor do they have the robustness that industrial elements require. They are basically oriented to the entertainment industry, video games, etc., to capture the movements of the players so that they can interact. 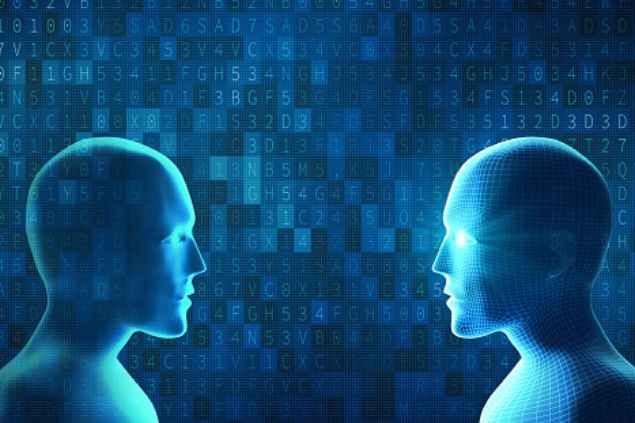 3D images taken by scanning parts as they pass along a line are different in nature from light reflectance images, whether conventional color images, gray level images in the visible or infrared bands, or multi-band images in the case of infrared images.
Multispectral Establishing strategic alliances with professionals and companies to create and lead high-performance teams in order to deliver to our clients the industrial equipment required by the evolution of industry 4.0 and the potential capacity that our clients want to achieve with excellent levels of productivity because operators and maintenance personnel are formed to keep OEE efficiency levels > 95%, which are world-class values ​​in industrial, service and production companies in any sector of the world that are committed to operational and operational excellence and have an industrial asset plan to migrate to Industry 4.0 productivity levels.If you have identified an opportunity for improvement or a “bottleneck” in your industrial plant, contact us and KEELTEK will give you ideas and suggestions without any commitment. We like technology and our vision is to help industrial companies by contributing ideas and innovation

Notice that the measurements contained in a 3D image are distances to the surface of the parts. The sensor converts these distances into (x, y, z) coordinates of the points from their geometry, given in the sensor's coordinate system. These are real coordinates from which real measurements can be extracted without calibration needs, as would be necessary with 2D images.

The 3D images are organized points in a matrix, unlike other 3D acquisition systems that provide disorganized point clouds. This is very important because the surrounding area of each point is known, so you can think on the surface. This surrounding area would have to be reconstructed in the case of a point cloud. The measurements of a 3D image are independent of light reflectance, which represents a great advantage over reflectance images, since it allows reasoning and detecting facets of interest on the surface regardless of its colour.

Having the geometry of a surface and not its color or gray level in a certain band allows detection to be based on the shape of the surface, looking for facets such as extreme areas of curvature, peaks, valleys, heights, corners, directions of the principal curvatures, etc. However, 3D imaging equipment often also provides a 2D image of reflected light, which correspond to pixel-by-pixel to the 3D image.

The most suitable sensor for obtaining 3D images in the industry is a profilometer. This equipment scans objects as they pass under it by projecting a laser plane, which draws a line or profile on the object. Therefore, external lighting is not necessary. The distortion of the line following the shape of the surface allows the coordinates to be detected at each point on it, which is handled by the sensor's built-in software. The number of points in each line depends on the sensor’s resolution; typical values ​​are 1,280 or 2,048 points. 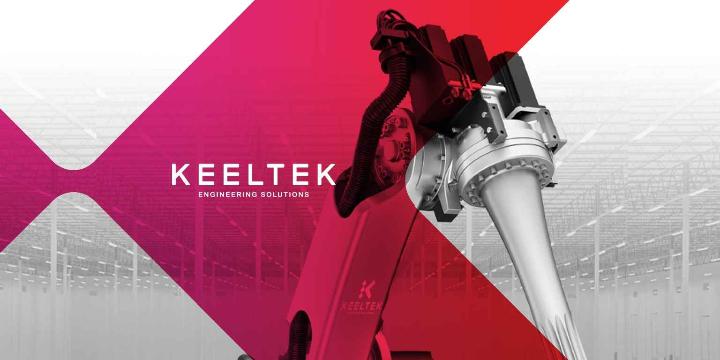 5. I need a project company for a project that requires machine vision

En KEELTEK ENGINEERING SOLUTIONS S.L is an expertise integrating the people who are going to make up the project teams for the solution development for the industry.
Establishing strategic alliances with professionals and companies to create and lead high-performance teams in order to deliver to our clients the industrial equipment required by the evolution of industry 4.0 and the potential capacity that our clients want to achieve with excellent levels of productivity because operators and maintenance personnel are formed to keep OEE efficiency levels > 95%, which are world-class values ​​in industrial, service and production companies in any sector of the world that are committed to operational and operational excellence and have an industrial asset plan to migrate to Industry 4.0 productivity levels.

If you have identified an opportunity for improvement or a “bottleneck” in your industrial plant contact us and we will give you ideas and suggestions without any commitment.
We like technology and our vision is to help industrial companies by contributing ideas and innovation.